Who Cares About the Food

Life is short. Live a lot.

The Grand Armory Brewing is located in the historic district of Grand Haven, Michigan.  Like Brewery Vivant, the brick building with wooden floors has been home to many in it’s 111 year old existance including a World War 1 armory, local YMCA with basketball court, hair salon, a community gathering spot and now a brewery.

The brewery hosts a cooperative relationship, sharing space with Aldea Coffee House and Righteous BBQ.  They have a downstairs traditional bar setting and an upstairs loft with additional seating.  The combination of offerings and space make it a family friendly destination in the daytime and early evening hours. 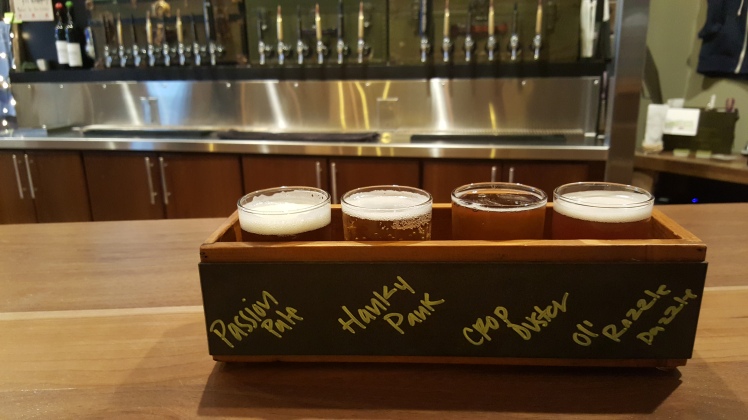 The actual brew house is offsite so we skipped the would be tour and headed straight for the taps.  The taproom has over 20 ales and lagers drawn from a bullet spicket, in addition to hand crafted ciders and a house red and white wine. Our citrus line up included Passion Pale, Hanky Pank and Ol Razzle Dazzle, along with the bar favorite, the Crop Duster. 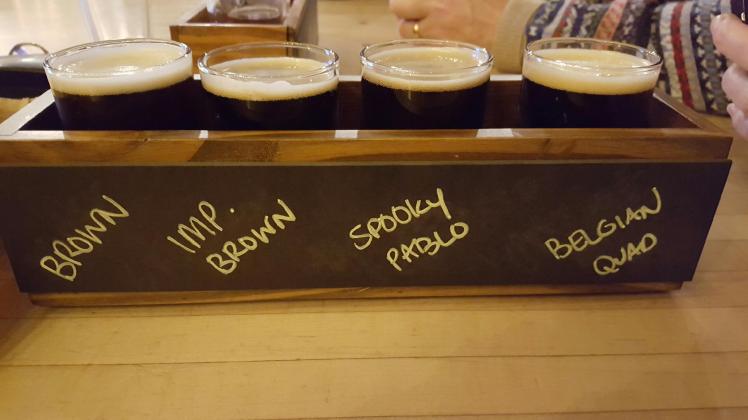 The darkside included Brown, Imperial Brown, Spooky Pablo and the Belgian Quad.  While your enjoying your flight of ale, younger family members can muzzle a foamy head of rootbeer from a mug, a rootbeer float or old fashioned lemonade.

More than a few customers swaggered in to refill growlers and grab 6 packs to go.

Righteous BBQ got two forks up from our team.  The nachos should be on your must try list and can be customized to order. While the wings were very meaty, it was the pulled chicken sandwich topped with coleslaw and a side of mac-n-cheese that was the best match to our beer pairing.  The restaurant and bar support using local and organic ingredients, composting and recycling. 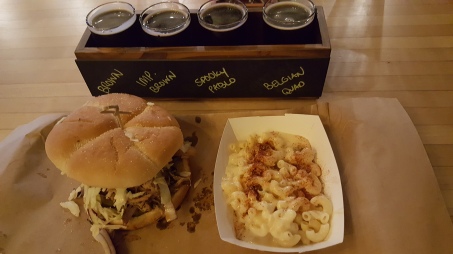 Open from 12-8PM, cheers to having a good quality brewery in Grand Haven. It’s the perfect place to rehydrate and refuel after a day on the beautiful Lake Michigan lakeshore. 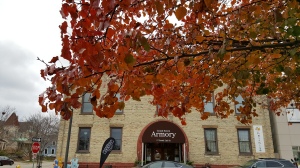